For all those who care about and/or who are touched by dyslexia, there is reason to celebrate, to breathe a sigh of relief and let out a shout of joyful exuberance!! Yes, we are on our way! 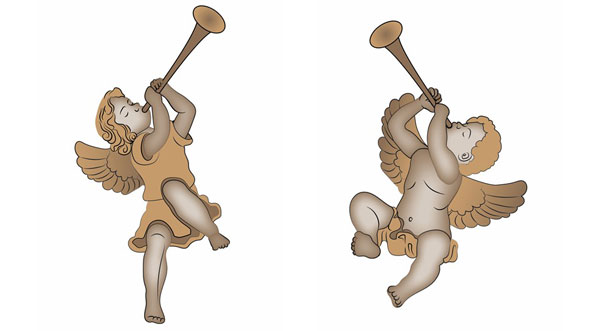 HURRAY – A heart-felt thank you to Sen. Bill Cassidy (R-LA) and Sen. Barbara Mikulski (D-MD) for sponsoring bipartisan dyslexia Senate Resolution 275 unanimously passed by the US Senate. Game-changing Senate Resolution 275, at last, provides a resounding positive answer to our dreams expressed in Congressional testimony last September 2014 by: 1) bringing together 21st century science and education, and 2) representing a major step forward in closing the action gap in translating scientific progress in dyslexia into policy and practice. A win for every child who is dyslexic, for his or her parents and community, and for our entire nation.

Calling on Congress, schools, and State and local educational agencies to recognize the significant educational implications of dyslexia that must be addressed and designating October 2015 as “National Dyslexia Awareness Month.”

Whereas dyslexia is—
(1) defined as an unexpected difficulty in reading for an individual who has the intelligence to be a much better reader; and

Whereas an individual with dyslexia may have weakness in decoding or reading fluency and strength in higher level cognitive functions, such as reasoning, critical thinking, concept formation, or problem solving;

Whereas great progress has been made in understanding dyslexia on a scientific level, including the epidemiology and cognitive and neurobiological bases of dyslexia; and

Whereas early diagnosis of dyslexia is critical for ensuring that individuals with dyslexia receive focused, evidence- based intervention that leads to the promotion of self- awareness and self-empowerment and the provision of necessary accommodations so as to ensure school and life success: Now, therefore, be it Resolved, That the Senate—
(1) calls on Congress, schools, and State and local educational agencies to recognize that dyslexia has significant educational implications that must be addressed; and

We encourage everyone who cares about dyslexia to print out this breakthrough resolution—hang it in your child’s room, bring it into his/her school, especially if there is any question of the existence of dyslexia, what dyslexia is, or the implications of a diagnosis of dyslexia.

This Senate Resolution was passed on Thursday, October 8th, 2015 and we want to make sure the knowledge of its passage is disseminated as widely as possible.

The ground-breaking Cassidy-Mikulski dyslexia resolution marks a major step forward in acceptance, support and recognition of dyslexia by schools at a national level.

There can no longer be any question about the definition of dyslexia:

Yes — dyslexia is an unexpected difficulty in reading; very smart people can be dyslexic.

Yes — dyslexia is due to a difficulty getting to the sounds of spoken language, it is not reversing letters.

Yes — dyslexia is a paradox, best conceptualized as our Sea of Strengths model with a weakness in reading accurately or fluently surrounded by a sea of strengths in higher level cognitive processes such as thinking and reasoning; we must ensure that it is the strengths and not the weaknesses that characterize a child’s future.

Yes — dyslexia is a validated scientific entity, with a high prevalence (one out of five), found in all ethnic, socio-economic and geographic groups; with its cognitive basis known, and, even, where it lives in the brain and its neural signature now identified.

Yes — ground-breaking new data indicating that that the achievement gap is already present in first grade mandates that screening for dyslexia occurs early on so that dyslexic children can be identified prior to the development of the large, persistent achievement gap.

Yes — the most effective intervention focuses on the whole child so that dyslexic children not only learn to read, they also develop self-awareness of who they are, what they have and how best to address their dyslexia and critically, that they, indeed, are intelligent. This awareness, in turn, leads to boys and girls who have a sense of self-empowerment rather than a sense of helplessness.

Yes — dyslexic students require and must receive necessary accommodations so that their strengths are recognized.

Yes — given early identification and effective interventions and accommodations in a supportive school environment, dyslexic students will experience academic and future life success that they so well deserve.

What does this mean to a parent?

This Resolution means that you are not alone in asking for help for your child. You now have the Senate of the United States of America backing you and calling on schools and state and local education agencies to recognize that dyslexia has significant educational implications that must be addressed.

The Cassidy-Mikulski resolution means from this day forward schools cannot ignore or fail to recognize that dyslexia is real, scientifically supported, and must be identified early and dyslexic children receive evidence-based interventions and accommodations. Dyslexia cannot be denied; dyslexic students require identification, interventions and accommodations, essential in ensuring that these boys and girls can go on to have their strengths determine their future.
Thank you Senator Cassidy and Senator Mikulski!