“I got enormous support from my parents.  I always had my parents just buffing me up.  I thought I walked on water.”

Every child with a reading difficulty is invariably going to endure ups and downs in his school experiences.   So early on, each child needs to know that, no matter what, he can count on unconditional support from his parents.   Renowned heart surgeon and Cleveland Clinic director Toby Cosgrove describes his parental support as such:  “I got enormous support from my parents.  I always had my parents just buffing me up.  I thought I walked on water.”

When you talk with your child, there are a number of specific steps you can take to build his or her self-image.   First, let him know the nature of his reading difficulties.   Children are often relieved to learn that there is a name to explain why they have such trouble reading.   Second, give him or her the facts—including the benefits—about dyslexia, and be positive while speaking and working with your child. 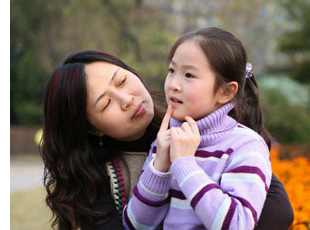 As a mother of a six-year-old told her son and Bob-the-Builder fan put it, “You have an amazing brain and there are roads for math and the road for decoding, for learning to read has a few rocks in the way, and your tutors will help you clear the rocks.  This mother wisely noted that, when talking to your children, you have to show them that it’s an obstacle, not the end of the world; and HOW you talk about it is as important as what you say.  Don’t communicate despair.”

“You have an amazing brain and there are roads for math and the road for decoding, for learning to read has a few rocks in the way, and your tutors will help you clear the rocks.” 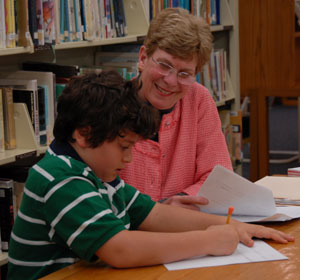 Be sure to tell your child that he will learn to read, and that there are tutors and teaching methods that will help him get there.   A Connecticut mother explains, “My son is the youngest of four children and I had friends whose kids had serious behavior and emotional issues for which there seemed very little to do but simply hope. Yet, with dyslexia, there is a path that dyslexics can follow to learn to read; there are skilled tutors and technology to help young people and their parents, and dyslexia has been overcome by many, many people over many years.  Children grow and change and have lots of helping hands, and this is the perspective I was able to keep in mind when talking to my son.”

Keep the conversation going. “It’s not as though you have one conversation with your child,” says a mother in California.  “It’s an ongoing dialogue and, really, every kid has something different and difficult in their lives.  It’s important to remind them of the things they do well and support those things.  Our daughter was a fabulous swimmer, though certain sports and dancing that required a lot of directional ability weren’t for her, but improving her swim times in a slow and steady manner helped her realize she had many inner resources that she could draw forth when she needed them.  We talked about this a lot over the years.”

“It’s important to remind them of the things they do well and support those things.”

I had to laugh when I got the diagnosis about our daughter.   I think there was a part of me that always wanted an exceptional child, and in a way she was.  When the evaluator began to explain how different she was, how gifted verbally and how unique her answers to questions were, but how other areas were weaker, all I wanted at that moment was average, normal, but really I don’t think I ever want average children.  In talking to her about the diagnosis I was able to concretely show her areas where she was exceptional.  Instead of having the test be something to simply point out weaknesses or failures, I tried to use them to show her strengths.  She has recently graduated from a very prestigious college, and I happened to run into the woman who did her initial testing.  She was very shocked.  She spent a lot of her time focusing on what kids can’t do or where their struggles will be; as parents we have to keep talking and encouraging what our kids’ strengths are.” 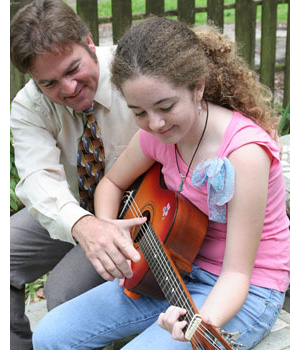 Early on, it is also critical to help your child identify an interest in a hobby—an area in which he can have positive experiences.   It doesn’t matter what it is; the importance is that it is an arena where he or she can feel victorious, develop confidence, and not feel as if she is the one always studying and struggling to catch up.   In other words, let her strengths, and not her weaknesses, define her as a person.

What Parents Can Do

Early intervention and screenings for dyslexia help students get the positive support earlier.

The A to Z of Teaching Beginning Reading

Tips to help your child with reading.

Developing a Foundation for Reading

Early good practices enrich learning and develop a foundation for later reading. Try these reading-readiness steps to engage your child.