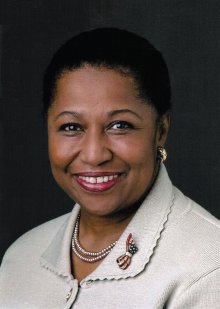 “There are a lot of kids who, with just a
little support, could make a tremendous
contribution if a diagnosis is used to
tailor their education…”

“There are a lot of kids who, with just a little support could make a tremendous contribution if a diagnosis is used to tailor their education… the danger is it could be used to derail and dump kids who are already over- marginalized.”

As a kid, Carol always knew she learned differently. It just didn’t get in her way until third grade. At the tender age of 8, she was bussed clear across Chicago, desegregating a previously all white public school. She was promptly placed in the “dumb row.” The proud little girl went quickly from horrified to “pissed off.”

Determined to right being obviously wronged every day in the classroom real estate, she came up with the “ruler trick”. Carol used her ruler under words and numbers to help her focus on what jumped on the page. By second semester young Carol had moved up: second chair, smart row.

For the rest of grade school Carol Moseley worked hard to hang on to her seat in the smart section. She understood all the larger concepts, and she kept her smaller struggles to herself. Young Carol would re-read sentences and re-do arithmetic calculations. Her brain transposed letters and numbers and sometimes filled in wrong endings. Her spatial relationships were a disaster.
She hopes kids of color in America no longer have to present themselves as “perfect” to succeed. She believes all kids with dyslexia need to be prepared to protect their own progress in an education system that can still misunderstand them completely.

As she says now, “I could never fly an airplane. I can’t reconcile up and down with right and left. Or left, (as my son says) and my other left.”

By high school, Carol’s biggest obstacle to learning was a lame Chicago public school. Dyslexia came in second. The work wasn’t challenging and she just didn’t do her best with books. She held on to information better by hearing, seeing, feeling and experiencing it. Hungry for knowledge, she played hooky—hitting the Chicago museums—until she got caught. She still graduated class Valedictorian.

She would go on to the University of Illinois, the University of Chicago Law School, and (among other things); the U.S. Senate, (as the first African American woman, ever), and an appointment as Ambassador to New Zealand, (also first African American woman, ever). In 2005, she founded her own organic food company in Chicago. She now serves as a visiting professor of political science at Northwestern University.

All in all, she believes her dyslexia gave more than it got. At 71, she has dealt with enough duds to come to see thinking differently as high complement.

“I see connections other people don’t. I can see around corners… I am a repository for bits of knowledge—so much so that I have to avoid being an insufferable know-it-all,” she says, laughing.

Her dyslexia taught Carol Moseley Braun discipline, the expectation of working harder, and perhaps most importantly, it helped her find her courage.

She hopes kids of color in America no longer have to present themselves as “perfect” to succeed. She believes all kids with dyslexia need to be prepared to protect their own progress in an education system that can still misunderstand them completely.

“We need to encourage these kids to believe in themselves, because if they are taught to, they will. And it is the kids who are, ultimately, the ones who are going to have to make their way.”