In recognition of his numerous exceptional contributions to medicine, Dr. Cosgrove was elected to the Institute of Medicine (IOM) in 2013. Election to the IOM is considered one of the highest honors in the fields of health and medicine and recognizes individuals who have demonstrated outstanding professional achievement and commitment to service.  Congrats to Dr. Cosgrove! 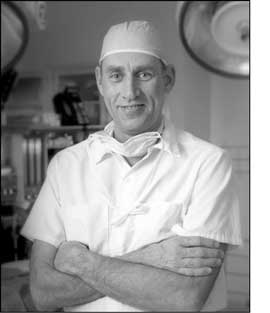 He reaffirmed Cleveland Clinic’s dedication to clinical medicine at all levels, and is leading its reorganization into institutes based around specific diseases and organ systems.  Dr. Cosgrove committed Cleveland Clinic to offer major support for local schools, hunger centers, and high school apprenticeship programs in nursing and the biological sciences.

The years since Dr. Cosgrove’s tenure as president and CEO in 2004 were the most successful in Cleveland Clinic history and include Cleveland Clinic’s being ranked among the top three hospitals in America (U.S. News & World Report); contracts and memorandums of understanding to establish Cleveland Clinic medicine in Abu Dhabi, Toronto, Vienna, Singapore and Seattle; and a successful $1.25 billion capital campaign to support over 4 million square feet in new construction and improvement.

Dr. Cosgrove received his medical degree from the University of Virginia School of Medicine in Charlottesville and completed his clinical training at Massachusetts General Hospital, Boston Children’s Hospital, and Brook General Hospital in London.  His undergraduate work was at Williams College in Williamstown, Massachusetts. 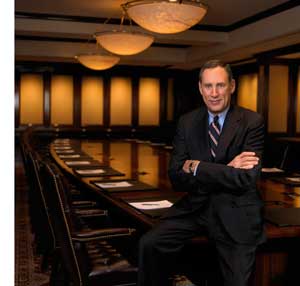 Joining Cleveland Clinic in 1975, Dr. Cosgrove was named chairman of the Department of Thoracic and Cardiovascular surgery in 1989.  Under his leadership, Cleveland Clinic’s heart program was ranked number one in America for ten years in a row (U.S. News & World Report).

Before retiring from surgery in 2006, Dr. Cosgrove achieved one of the most distinguished and accomplished careers in the field of cardiac and thoracic surgery.  He performed more than 22,000 operations and earned an international reputation for expertise in all areas of cardiac surgery, especially valve repair.  A pioneer and refiner of advanced surgical techniques, Dr. Cosgrove was a pacesetter in the development of minimally invasive valve surgery, and performed the first minimally invasive mitral-valve surgery over a worldwide video network in 1996.  As an innovator, Dr. Cosgrove has 30 patents filed for developing medical and clinical products used in surgical environments.