A giant among Hollywood talent agents, Ari Emanuel represents a diverse clientele of writers, actors, and filmmakers, many of them legends in their own right. He is also the real-life inspiration for Ari Gold, the hard-charging star of the HBO Television series Entourage. An unofficial spokesman for dyslexia and ADHD, Emanuel stresses the importance of parental involvement in children’s education. In 2008, he received the Outstanding Achievers with Learning Disabilities Award from the Lab School of Washington and Baltimore. 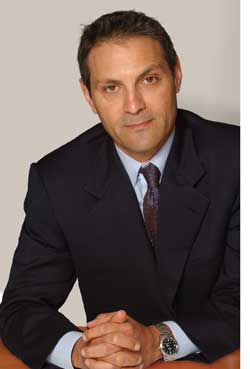 Like his television counterpart, Ari Emanuel works at a frenetic pace, glued to his telephone headset and surrounded by a wall of television screens. He also shares another trait with the fictional Ari Gold, a trait necessary for success in the entertainment industry. “I’m very, very aggressive,” he says.

Growing up in the Chicago suburb of Wilmette, Emanuel attended public school and excelled in mathematics, but he failed miserably in reading and English. To supplement his instruction at school, Emanuel’s mother took him to several different reading instructors and hired tutors to give him private reading lessons at home. “She also stayed up late at night to help me with reading,” he says. “She made me go over my words repeatedly; I hated it, but I’m grateful now.”

By excelling in math and sports, Emanuel was able to counteract some of the ridicule he received from other students. But at highly ranked New Trier West High School, those talents couldn’t save him from being placed in special education, which he describes as “brutal. People made fun of me every day: athletes, other students, my peers,” he says. “I probably had it a little easier than the other kids in special ed because I was a decent athlete. Being an accomplished wrestler made me feel like less of an outcast, but I still got myself into a lot of fights and ended up in the principal’s office every other day.”

“I believe that people who struggle with dyslexia are given the insight to find inventive solutions in life and business that others probably never find.”

Emanuel recalls an incident when another student called him stupid and he retaliated by slamming the boy’s head against a wall. “I was a tough kid,” he says, “but in school, kids act tough and then go home and cry. My grades were awful and you have all these dark voices in your head, which we all know: I’m never going to make it. Am I ever going to be successful? The toughest thing,” he says, “was being in a special education program in a really high-end school.”

Thanks to his mother’s encouragement, he never gave up. “She put up with all my teachers telling her that I’d never graduate from high school, let alone college,” he says. “I didn’t want to disappoint my mom, and it was never in my thought process that I wouldn’t go to college.” He took the SAT, with the benefit of only “a little extra time, but that’s it,” and attended Macalester College, in Saint Paul, Minnesota. “It was a great fit for me,” says Emanuel. “I loved it and was an economics and computer science double major.

After graduating from Macalester in 1983, Emanuel played professional racquetball for a while, spent some time in Paris, and eventually moved to New York to begin his career in the entertainment business. By the late 1980s, he was working in Los Angeles as a talent agent for the television industry. In 1995, he and three colleagues founded the Endeavor Agency, which they merged, in 2009, with the prestigious William Morris Agency. Emanuel, described by the New York Times as “the prominent power player in Hollywood,” has helped guide the careers of more than 1,000 A-list clients.

In 2007, he received an award from the Lab School of Washington and Baltimore honoring “outstanding learners with learning disabilities.” Although pleased to learn of his award, Emanuel dreaded the thought of having to write an acceptance speech and read it aloud to an audience. “I’ve always had a horrible time reading aloud, and it takes me a long time to read,” he says. Emanuel, who now reads scripts by such clients as Larry David and Martin Scorcese, gets up well before dawn each day to do his reading.

“Dyslexia has also helped me identify and develop my other skill sets. I believe that people who struggle with dyslexia are given the insight to find inventive solutions in life and business that others probably never find.”

As for handling his other responsibilities, he confides, “I’m comfortable with the fact that I don’t know everything, so my greatest asset has been tapping into the personal strengths of those around me and utilizing people to their best ability. That’s how you build great teams.”

It wasn’t until he was in his early 40s that Emanuel talked openly about his dyslexia. He now appreciates the positive impact it has had on his life. “It’s made me more empathetic to people who have problems and are struggling,” he says. “It has also helped me identify and develop my other skill sets. I believe that people who struggle with dyslexia are given the insight to find inventive solutions in life and business that others probably never find.”

Emanuel urges parents of dyslexic children to address their issues early and get them the help they need “before a light goes out. The two most important things parents can give their children,” he says, “are love and a good education.”