After a tight race in 2011, Dan Malloy became the 88th governor of Connecticut, serving until 2019.

As mayor of Stamford for fourteen years, Dan Malloy instituted an energy-conservation plan resulting in the first solar-based system installed by a municipality under the Connecticut Clean Energy Fund, as well as a facility to convert wastewater sludge into energy without carbon emissions. He also received the 2003 Outstanding Achievement Award from the U.S. Conference of Mayors for implementing the state’s first universal prekindergarten program for four-year-olds. As an assistant district attorney in Brooklyn from 1980”84, Malloy won convictions in 22 of 23 felony cases, before entering private practice.

Dan Malloy overcame tremendous challenges to build a successful career in public service and law. Born with severe dyslexia and motor-control problems, he was unable to walk steadily or to execute simple tasks like tying his shoes and buttoning his clothes. 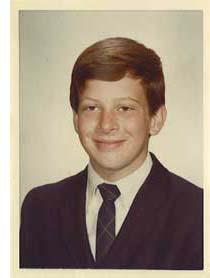 As a young student, Malloy couldn’t read, spell, or do mathematical problems. But his mother, a public-health nurse, didn’t buy into the idea that her son was slow,says Malloy. “She made a definitive decision to stress the things that I was good at and not bother with the things I wasn’t good at. My mother pushed me to develop my strengths, to focus on my leadership and oral-communications skills. Concentrating on those skills, which were my strengths, helped me meet the challenges of college, law school, and my career.”

Malloy’s mother also encouraged his listening skills by giving him a radio, so he went to bed each night tuned in to the news and other programs. At school, he found little encouragement. One of his teachers labeled him “mentally retarded” as a fourth grader; another hung his failed spelling tests on the wall beside those of “A” students. “It’s a tribute to my mother that I never envisioned that I wouldn’t be successful; I just didn’t know how I’d do it,” he says.

By the end of fifth grade, Malloy could button his clothes and tie his shoes, and by eighth grade, he was a much-improved reader. “I developed some compensatory skills and had halfway decent grades,” he says. “I also had a good level of academic success in high school and remembered everything I read, although reading was still arduous.” Luckily, Malloy attended a supportive high school, which waived the foreign language requirement and any math class beyond Algebra I, in which he scored a D. “That allowed me to take courses I was good at, like social studies and history,” says Malloy, who also had access to books on tape.

“The real point where my future was decided was when I had a serious injury in high school,” says Malloy. Sidelined by a compressed vertebra during football practice, he ended up in pancreatic failure as a result of undiagnosed ulcers. He lost sixty pounds and was not expected to live, until an advanced X-ray machine detected the ulcers and put him on the road to recovery”and to thoughts of college. Early in 1974, he wrote a candid letter to several colleges. “I told them that I almost died and that I had learning disabilities, and I asked them to take a look at me. I was lucky some schools were willing to take a chance on me,” says Malloy, who describes his SAT scores as “abysmal.”

At Boston College, his reading skills improved steadily, and his reading retention and comprehension were “off the charts,” says Malloy. “I got very good grades and the school was behind me.” His professors granted him extra time on multiple-choice tests and allowed him to answer essay questions orally or to dictate them to a third person.

He also wrote papers orally, dictating them to his future wife, Cathy, whom he met as a freshman. While Malloy is a fluent reader, reading aloud is difficult, so he plans speeches in his head and delivers them without consulting a written text. Another byproduct of his dyslexia is Malloy’s ability to listen well and absorb large amounts of information, an asset to anyone, but especially to a candidate for public office.

These assets certainly paid off in the November 2010 Connecticut gubernatorial election. After serving as governor for 8 years, Former Gov. Malloy will serve as chancellor of the University of Maine system starting in July 2019.

Dannel P. Malloy, the surprise winner in the Democratic primary for governor in Connecticut, overcame dyslexia.
Click here for the full interview.