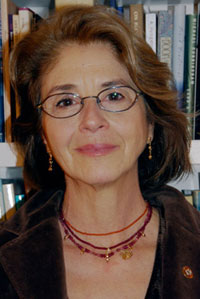 As a child in rural Vermont, Jeanne Betancourt enjoyed playing at a neighbor’s dairy farm and taking tap lessons at a local dance studio. She had no interest in becoming a writer, dreaming instead of a career as a Rockette at New York’s Radio City Music Hall. Betancourt was less enthusiastic about school, where she struggled with spelling, reading, and detail-related tasks. “I think my first and second grade teachers were very good,” she says. “I remember drawing letters in the air–there was a multisensory thing going on then–and I finally learned to read, but spelling and the times tables were tortuous. My father wanted me to be an A student, so he made me write the times tables over and over. He grew up in an era when people felt that if you worked hard, you’d do well, so he made sure I did hard work.”

At a Catholic girls’ high school, where she was a diligent student, Betancourt was no match for Latin and French, but she excelled in other subjects and won the mathematics and science awards as a graduating senior. Instead of becoming a dancer in New York, she moved to Rutland, Vermont, and became a nun. She joined the Sisters of Saint Joseph, a teaching order, earned a B.S. in education at a small Catholic college, and taught seventh and eighth grades.

Betancourt left the order after six years and moved to New York City. She later married, had a daughter, and taught high school English by day while pursuing a master’s degree in film studies at New York University at night. An English teacher for seventeen years, she spent the last six teaching film studies and filmmaking to high school students. “There was a big movement in media studies then,” she says. “Looking back on it now, that’s what you need for teaching kids who are dyslexic: a multidisciplinary approach to learning.”

Betancourt was in her early forties when she realized that she herself was dyslexic. Upon meeting a woman who worked with dyslexic students, she asked the woman what dyslexia was. “When she started describing it,” says Betancourt, “I saw my daughter, Nicole, and myself. When Nicole was a high school junior, we had her tested and she had classic dyslexia symptoms. She’s great with the whole picture, but it took her forever to learn to read and learn a foreign language, and now she is an Emmy award-winning filmmaker.”

Betancourt is also an award-winning writer of fiction for children and young adults. Among her most popular books are the forty-four Pony Pals novels. They focus on three girls, one who is dyslexic, and the adventures they encounter while trying to solve problems ranging from what to do about a person trapping animals illegally to how to care for a sick horse. At Pony Pal meetings, two of the girls write out their ideas for solving a problem, while Anna, who is dyslexic, always draws hers. “Throughout the books, I show Anna’s strength as an artist, her connection to other people, and her great problem-solving skills,” says Betancourt. “So just by the way she conducts herself, we see a child who has the strengths of many dyslexics.”

In My Name Is Brain Brian, a sixth-grade boy struggles with learning problems and a father who thinks he’s lazy and not trying hard enough. Brian’s life changes when a new teacher comes to his school and has him tested for dyslexia. When the test comes back positive, he helps Brian understand and adapt to his learning differences and make the most of his unique talents and creativity.

In writing her children’s books, Betancourt says that she draws from her experiences and those of her family and shows them through her characters “in a nondidactic way. I think that the gift I’ve been given to compensate for all the problems I’ve had with dyslexia includes being able to write in a way that’s very auditory,” she says. “When I read or write, I hear every word in my head and I see things three-dimensionally. Hopefully, when people read my work, they pick up the rhythm of my writing and find it appealing–especially dyslexics, since I particularly want to make a connection with them.”

Betancourt, whose latest children’s series is called Pony Mysteries, is also a painter and has rekindled her passion for tap dancing. “I’m very happy with my life, and I’m happy to have lived inside the strengths I have,” she says. “There certainly have been hard moments, but I think that to see the world in this holistic way, to be connected to people in a way that comes from the strengths of a dyslexic, to have had an opportunity to be a writer living in these little alternate worlds I create, and to express myself with line and color and brush strokes, that’s a privilege. I think it’s important that kids who are dyslexic and plan to attend college know who the famous dyslexics are and that they have succeeded because of dyslexia, not in spite of it. I have been who I am because of my dyslexic brain, not despite it.”