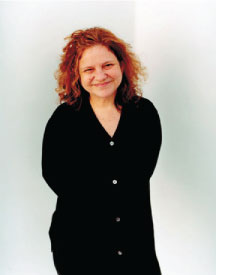 Through her plays and other writings, Pulitzer prize-winning playwright Wendy Wasserstein provided a voice for so many women paving their way on one or more of the multiple paths that the 1960’s and 70’s and modern-day feminism opened up to them.  In fact, Wendy herself opened doors for women with her plays.  Uncommon Women and Others, one of her early succeses featured a group of young undergrads at a prestigious women’s college striving to be “great before 30.”  It gave now well-known actresses Glenn Close and Meryl Streep a chance to shine in their early years of acting.  And, a little later on in her career, when women over a certain age were not getting roles, Wendy, again, wrote roles specifically for them in her 1993 critically acclaimed play, The Sisters Rosenweig.

“She was known for being a popular, funny playwright, but she was also a woman and a writer of deep conviction and political activism,” André Bishop, artistic director of Lincoln Center told Charles Isherwood of The New York Times (January 30, 2006. Link to article). “In Wendy’s plays women saw themselves portrayed in a way they hadn’t been onstage before — wittily, intelligently and seriously at the same time. We take that for granted now, but it was not the case 25 years ago. She was a real pioneer.”  Like the roles in her plays, Wendy created her own path as she went through her early years of school, her career, and her late-in-life and single motherhood.  Perhaps this attitude began as a necessity, when early-on dyslexia made reading, spelling—and writing—incredibly challenging.

“I won a Pulitzer Prize for playwriting, and I grew up having trouble reading,” Wasserstein commented in an interview with Dr. Sally Shaywitz (Overcoming Dyslexia). Reading continued to be a slow process for Wendy, but when she found an outlet in the arts, especially in theater, she began to flourish in school—yet she was not “cured.” Spelling continually proved difficult for her, and brought down her grades.  But things did get better, and better, as she was able to concentrate on things that she could do—the arts, in particular, plays and playwriting.  “I figured out that they’re short, they’re also printed large, and there’s a lot of white space on the page.  And you can go (as I used to do) to the Library of Performing Arts and read and listen to them at the same time.  And later, reading the plays again, you can hear the voices of those people” (Overcoming Dyslexia, p. 351).

Despite her difficulties with reading, typing, and spelling, Wendy pushed on with her passion for writing, graduating from Mount Holyoke college with a BA in history, and then from CUNY’s City College with a MA in creative writing. She then earned her MFA at The Yale School of Drama, and continued on to playwriting’s pinnacle—Broadway.  “Just because you are not a skilled reader doesn’t mean that you can’t be a writer,” Wendy pointed out, and demonstrated right from the beginning of her successful career.  She further proved her point by authoring several non-fiction books, and a novel, Elements of Style, in addition to many successful and popular plays. Her 1988 play The Heidi Chronicles earned her, among other awards, a Pulitzer Prize for Drama and a Tony Award for Best Play—she was the first female playwright to win one solo.

“In some ways being dyslexic is a gift, because you think less linearly.  And you have to know it’s okay to think out of the box,” Wendy remarked to Dr. Shaywitz. Indeed, her ability to think outside the box brought her audiences and her actors pioneering plays with witty, intelligent, and strong women characters tackling all aspects of life, love, and politics.

Tony Kushner, the award-winning playwright of “Angels in America,” commented on her ”
“tremendous vitality, optimism and determination” to Hartford Courant Staff Writer Frank Rizzo (Jan 31, 2006, pg. A.1).  Her faith in humanity, her genuine kindness, wit, and honesty earned her a place in the hearts of her colleagues and critics; and her prize-winning plays placed her among the greatest drama writers of all time—Tennessee Williams, Arthur Miller, Rogers & Hammerstein.

Her legacy and works continues to touch and inspire others, and begs answers to important questions, despite her shortened life and career.  When she died of lymphoma at the age of 55 in 2006, the lights on Broadway were dimmed in her honor.

Wendy Wasserstein writes about her characters and diversity in her plays for Alliance for Inclusion in the Arts.