The now celebrated space scientist, mechanical engineer, and science communicator grew up bouncing from one area of the country to another, the child of two Nigerian immigrants who divorced when she was young.  She went to 13 different schools before she was 18 years old.  Diagnosed with dyslexia at the age of eight, young Maggie started out hating school. “It didn’t agree with me,” she tells a group of teens at the Royal Institute’s Unconference. “I used to sit at the back of the classroom and sort of skulk a bit.  Because of my dyslexia, my reading and writing weren’t very good at all.”

“To work on a telescope like this was just fantastic,” she says. “As a child growing up, I wanted to reach the stars, but by making this instrument, I was doing the next best thing. I could look into the hearts of stars.”

“I was lucky because I got inspired by science, and I had an aptitude for it.  I remember the first time I was in a class and the teacher asked a question—it was a very simple question—I can tell you what the question was: ‘If you take a liter of water and one liter of water weighs 1 kg, how much will 1 cubic centimeter weigh?’  I sat there in the class, and I put up my hand.  It was quite obvious that it was 1 gram. I looked around, and no one else had their hand up, so my gut reaction was, ‘well, you’ve got to be wrong.’  I was going to put my hand down, and I thought, ‘no, wing it.  What the heck.’ And I was right.  I couldn’t believe that dumb Maggie in the remedial class sitting at the back could get the question right.”

“Because science was an interest and a passion, I started reading about the subject.  I was reading about it in school and I was reading about it at home.  Suddenly my marks kept going up and up and up and I was at the top of the class.” Maggie’s father always believed in her.  Education was very important to him, and he told her that if she tried really, really hard, anything was possible. “Thanks to his support it seemed entirely reasonable to me that with hard work, a black girl with learning difficulties would soon be travelling from inner London to outer space,” Maggie reflects in The Telegraph in March 2009.

While Maggie’s father wanted her to go into medicine, Maggie was more interested in physics.  For her, “Physics is the study of everything.”  When she first started studying physics, she thought she was “going to be the next Einstein.  Theoretical Physics—that’s me.  But as I studied and did the mathematics, I realized that as a dyslexic kid, that just wasn’t going to happen.  I found I was more practical, more hands-on.”  A telescope-making class she took as a teen may just have been the springboard leading to Maggie’s specializing in optics in the last year of her undergraduate studies, and continuing her studies in that area when an optics project in the mechanical engineering department came up, and she decided to get her Ph.D. in Mechanical Engineering. “For me this was the first instrument I made and it was fantastic because I made it with my own hands, and it got me closer to the stars I loved,” Maggie says of the telescope she constructed as a teen. 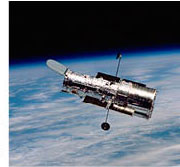 This telescope class wouldn’t be the last time she had the opportunity to get closer to the stars.  After a post at the British Ministry of Defense, working on a missile warning system, and then getting promoted to working on land mind detection, she went on to work at what she calls her “favorite job.”  She applied for and was accepted to work on the Gemini Telescope in Chile.  She managed a team of 17 people to build a spectrograph for the telescope and then she spent six months putting it together in the foothills of the Andes. “To work on a telescope like this was just fantastic,” she says.  “As a child growing up, I wanted to reach the stars, but by making this instrument, I was doing the next best thing.  I could look into the hearts of stars.”

Although she’s still hoping to one day make it to space, Maggie has her hands full at the moment.  Until the birth of her now three-year-old daughter, she was working as a space scientist at Astrium Limited; and she continues to work as a science communicator at University College London on documentaries like the BBC’s Do We Really Need the Moon?  Since 2013, she has presented BBC’s monthly documentary television program on astronomy called The Sky at Night.  Maggie is a guest speaker to thousands of children, inspiring them to reach for their own dreams, where she is hoping to encourage and grow the next generation of scientists.  She and her husband, Martin, who is also an engineer, noticed a lack of strong, passionate scientists when looking to recruit new hires for their projects.  Concerned that science was taking the back seat to other academic—and not-so academic pursuits—Maggie has taken it upon herself to reach out to young people and tell them about her career and the importance of scientific research.  Her passion and ability to make her work accessible and fun will no doubt be her greatest asset in this endeavor.

“Role models should be real people; if you have a role model who is, or is perceived as, a superwoman, then people think, ‘Well, that’s not me, I can’t aspire to be that.’”

Maggie has talked to more than 100,000 young people in her initiative.  She is well aware that she is talking to kids who are “convinced that you need a brain the size of a small planet to be scientist,” and that they also might need to have funny hair, a bowtie, thick-rimmed classes, and be quite serious.  Maggie does not fill this scientific stereotype very well, but she is exactly what science needs as a spokeswoman for its cause and advancement.  After all, she is a “real person.”  Referencing one of her heroes, Marie Curie, she talks about role models: “Role models should be real people; if you have a role model who is, or is perceived as, a superwoman, then people think, ‘Well, that’s not me, I can’t aspire to be that.’”

When Maggie talks to young people, she tells them that it’s okay to dream, and it’s okay to fail.  “Failing isn’t a problem—interesting things happen along the way, as any entrepreneur will tell you.  After all, I haven’t actually become an astronaut, but I still hope.  And in the meantime, I do get to space with the instruments and technology I help create…Dreams don’t show up on government surveys or school league tables, but they are the fuel that makes us want to get up and get on.  For young people to feel that the low road is the only one available to them is nonsense. We won’t climb out of recession, or meet the challenges of climate change, by thinking small.”

In 2009 Maggie Aderin-Pocock was honored as a Member of the Most Excellent Order of the British Empire (MBE) for her work as a science communicator, breaking down complex scientific issues into simple information that everyone can understand, and for her outreach to young people.  She marvels at the honor, “Imagine a dyslexic from London meeting the queen of England.  It’s mind-boggling stuff, but that shows how much potential you have.”