“I wouldn’t want my brain wired any other way. I’ve had a unique journey through life, and it continues. The only bummer is the folks who don’t understand—the traditionalists. The drawback is you get a little anachronistic. You have to thumb your nose a little…. ‘We are doing this because’ should have a reason. Not just ‘because we have always have.’  That bores the p#ss out of me.” –John Behrens 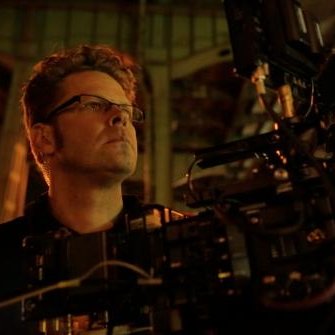 John Behrens is a 42-year-old self-taught director of photography who is much too busy to blow time on boredom. He’s a sucker for a good story, fiction or fact, and he loves capturing it on film. He’s shot movies, feature and television documentaries, television programs, commercials, concert films, and he lives to shoot more. Working for everyone, from Metallica to Tesla Motors to Disney Pictures, and almost every television or cable network, Behrens feels his dyslexia makes constant challenge fun. He loves when directors ask him to figure out how to shoot what no one ever has before. And he lives to show the world things no one has ever seen.

Behrens shot the full length of the Colorado River both over and under water.  He rigged a camera in the cockpit of a U-2 spy plane to take film of its pilot at 70,000 feet, (without blinding him). He managed to get footage of sailboats struggling to stay upright in wild waves in the dead of night.  “When you have dyslexia, you completely retool everything you do. Everything only half works. Your entire life is a re-work, a workaround. I collect skills, and I collect experiences. You really have to trust yourself. You have to work harder, and you should be navigating toward things that feel like second nature.”

Little John Behrens looked down his first lens at age nine. It was love at first sight, he says; he simply had no choice in the matter. It was his stepdad’s wind-up Bell and Howell. The camera could produce only flickering two-minute herky-jerky movies, but they were a world apart from school.

His dyslexia had been diagnosed the year before, when his mother’s hunch led to testing. Until then, grade school had been a trial; he survived on recess. His public school in Richmond, Cal., turned out to have an alternative classroom within, and his diagnosis opened that door for an hour a day. “My education made a big turn. There was art, drawing, and I learned there were other ways to learn. We were all sort of in the same boat. After that, all of it became 100 times easier. Then the [regular classroom] teachers didn’t get it, and it was back to the Dark Ages.”

On the positive side, fourth grade brought a terrific drama program, complete with a big blue light board with huge levers nobody else wanted to run. On the negative, fifth grade brought a teacher so bad, and a classroom in such chaos, that John realized he could walk out unnoticed—so he did. He’d hang out with the lunch lady most days instead.

It was time for some small private schools. Behrens had one “blissful” year at the Canterbury School until it closed its doors for good. Then a year at the Armstrong School, where he learned he couldn’t read his own writing. The next stop was a really unfortunate choice: high school at the (then) all boys St. Mary’s College High School. “All that pomp and circumstance. It was hours of stand up-sit down, and the Brothers’ bad breath always filled the chapel. It didn’t make any sense to me. I was not religious.”

Though the school accepted videos in lieu of term papers, the teachers were patchy in their understanding of dyslexia. Young Mr. Behrens began to see his failure to learn wasn’t his fault alone. “In algebra I felt stupid. It was really tough. It was like talking to a foreign person. The teacher would just repeat the same thing louder and slower. He was a nice guy. I wanted to shake his hand and say, ‘Keep up the good work,’ but nothing sank in.”

Only geometry made sense. History was as low as it got. The teacher graded on students’ notes, and Behrens’s were (and remain) indecipherable. Behrens only learned when they played a film, so when one of the Brothers would pull out the overhead projector for yet another droning outline, John didn’t know whether he wanted to shoot the teacher or himself first. “I was sarcastic—only sort of a class clown—the other kids didn’t really understand kids like me. I spoke with strange accents. I put my leg up on the table in class. I wore duct-tape ties I made with old seaweed hanging off them from the beach….”

There was, again, a comprehensive drama program with singing, dancing, lighting design, a great teacher, and discipline. And Behrens made a best friend—the nerdiest kid in class—who was as obsessed with film as he was. Together the two taught each other how to make movies every moment they were not in school. At 16, the pair won a local film festival with their first scripted production, “Stunt Boy.”

“Hard work and vision are the answer to life. You can achieve anything…. If it matters, find your own way in. It will be more creative, and you will be more proud of yourself….”

In fact, overall, Behrens found the outside world more welcoming than school would ever be—it’s where he found his breaks. While still in high school, he went out to find a job one day, stumbled upon a film set, and forgot about the job. Instead he made friends with the gaffer (that’s the person who rigs up the lighting). That friendship would translate into jobs later—the kind of jobs with on-the-job training, which is how many people actually learn the technical end of the filmmaking business. That gaffer turned out to be dyslexic, too. And he and Behrens remain friends to this day. 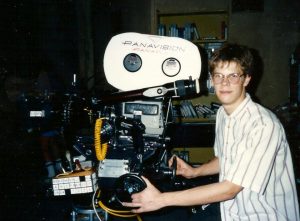 It was a girlfriend who, by happenstance, had a contact who arranged Behrens’s entry into his house of heroes. In the San Francisco Bay Area, there is one place where the Who’s Who of special-effects filmmaking gather to share their “monthlies” for feedback and bragging rights. It’s called Industrial Light and Magic. It was founded by Star Wars’s George Lucas. Not only did John get in to watch the monthlies, he also got educational advice once inside. His grades kept him out of the recommended UCLA film school, but he got into the University of California, San Francisco, where he was promptly disappointed.

At UCSF, it would be two years into the film program before they planned to let him even touch a camera. He’d already directed and shot his own movie, and was ready for more. His gaffer friend was calling him all the time with gigs on real film sets. Lecture halls and reading were definitely not his learning method of choice.

“Reading? Imagine driving down the freeway towing a trailer with no wheels. I can get some speed up, but it’s the energy it takes to do that that makes it not the most pleasant of things.” Behrens flunked out in his second year. He was too busy working to go to class. He never looked back, and it has never stood in the way of his success.

“It seems every little piece of my life has built toward something else. Hard work and vision are the answer to life. You can achieve anything. But don’t wait in a line just because you see one. For me, waiting in line is boring and tedious and you are always looking at someone else’s back. If it matters, find your own way in. It will be more creative, and you will be more proud of yourself. You have to go your own way.”

Behrens certainly has. And the only degrees that have turned out to matter in his life are those of creativity, artistry, insight, and nerve. It may be that his films tell how his story is turning out better than his words would.

His work can be sampled at www.JohnBehrens.com.