“Ironically, my dyslexia sometimes helps me to pick up on details that turn out to be really pivotal.” -Bonnie Patten

Litigation attorney Bonnie Patten has successfully defended physicians and health care providers in complex and unique medical claims. Her expertise in health care litigation is so well respected that she has been asked to present at conferences on the subject. So, what is it that makes a good attorney? Patten believes that, “A lawyer needs to be able to read vast amounts of material. To understand and remember what the material says. To pay attention to details. To catch nuances that others may have missed and then distill it all down to its essence so a jury can understand it.” And what makes Patten especially good at her job? Being dyslexic. 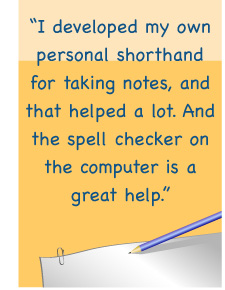 “Ironically, my dyslexia sometimes helps me pick up on details that turn out to be pivotal,” Patten says. “It takes me longer than most to do all the reading.” She notes, though, that being a slow reader can be helpful in her line of work. “I can’t glance through case law and documents related to a specific lawsuit and immediately get the gist of what’s going on. I have to review everything, sometimes more than once. Reading in this methodical way takes more time—I am forced to pay attention to every single word—but it’s not such a bad thing. In a profession in which an “and” or an “or” can make all the difference, my reading style is a positive, not a negative. You would say it gives me a little bit of an edge.

“There have been times in my career,” she says, “that I’ve caught things the other attorneys on the case didn’t. This happened, for instance, during a corporate case early in my career, when I was going through piles of paperwork. I was plugging away at the material in my slow, methodical way, and I picked up on something that no one else who had been over the papers had noticed—one of the defendants wasn’t a signatory on the contract. Everyone else had just skimmed over that part of the contract, but I couldn’t skim. It ended up being a very big deal for that case.”

Patten’s dyslexia went undiagnosed for years. She was born in Buffalo, New York, but her family moved to Toronto during elementary school. The teachers at her new school attributed her problems with reading and writing to a poor public school education in the United States, and this belief meant that her teachers in Toronto missed the telling signs of dyslexia. “I read as slow as molasses, was always placed in the lowest reading group, and found learning French to be especially difficult. I either failed or just barely passed French classes and didn’t continue it in high school.” Spelling—even in Englishâ—was an ordeal for her. Patten says, “Every week I’d get every word on the spelling list wrong. Even when I memorized them, the next time they came around, I’d spell them wrong again. Fortunately, math came easily to me, so math and science were my favorite classes.” 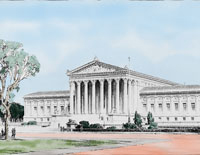 In college, at the University of Pennsylvania, Patten majored in economics and especially enjoyed the mathematical aspects of the subject. For the first time ever, she was offered tutoring that helped her keep her grades up, but she didn’t like to talk to anyone about her dyslexia, fearful that it would be held against her when applying to law schools and looking for jobs.

In preparation for taking the LSAT, Patten spent the summer after her junior year studying. “I spent from six to eight hours a day studying, and took about fifteen practice tests. I ended up doing fairly well, but not as well as I had hoped given the amount of time I spent studying.” By the time she entered law school, Patten was used to spending large amounts of time studying, which meant that she wasn’t quite as overwhelmed as some of her classmates with the volume of work. Moreover, because reading and writing were such a time-consuming enterprise for her, she relied extensively on her listening skills to help her through law school—a skill that would later prove incredibly useful in her career when interviewing clients, examining witnesses, or arguing in court.

The year she graduated from law school at Boston University, Patten joined a prominent Connecticut law firm, where she remained for the next eighteen years, eventually becoming Counsel and managing the firm’s Medical Malpractice Department.  She is now the executive director of Truth in Advertising, an organization dedicated to eradicating false advertisements through legal efforts, consumer education, and advocacy.

Kent Sinclair works as a managing director at Stroz Friedberg, LLC, a global consulting and technology firm, which is a leader in data privacy and security, investigations, and risk management for corporations and executives.