From the outside, this might seem incongruous. Botero is a Colombian-born, A-list interior designer who uses his keen eye to create dramatic and eclectic interiors for clients across the world. He has designed for princesses, corporations, and icons of style. His work has appeared in Architectural Digest more than 50 times over the course of his 40-plus year career. He is warm and charming, known for his fearless use of color and ability to combine items from different time periods and countries into rooms of great beauty.

“Creativity brings me joy,” he says. “To see something in my mind — and then be able to touch it, see it, it becomes a reality the way I saw it in my mind — that is very satisfactory.”

He is, simply put, brilliant at what he does.

But he does all of it while living with dyslexia. Dyslexia “is something that is constantly in your way,” says Botero honestly. “People think it’s a joke when I say it’s hard being me, but I mean it.”

While he struggled to learn the alphabet as a child growing up in Colombia, numbers are even more daunting. “It took me forever to learn how to read time,” he explains. “Numbers I always reverse. My mind says one thing and the reality becomes another. And I cannot work on a spreadsheet.”

The irony of working as an interior designer amidst all this is not lost on Botero.

“I think it’s amazing that I chose a career where I have to deal with measurements. I have to double-check them and triple-check them to be sure. Then I have other people check them.”

But truly design chose him, and not the other way around. “It’s in my blood,” Botero explains. “When I was a seven- and eight-year-old kid, and would go to my friends’ homes, I would inevitably say, ‘Why don’t you put this here, and that there, and move that sofa to the other wall?’ When I think back on it, I was already doing interior design.”

Botero was also born with an instinct for what suited people, able to pick out the perfect gift items for family and friends as a child.

He admits that understanding who people are and what they like is strictly intuitive for him. “It’s a very important part of the work I’ve done my whole life. When you’re younger, you feel it, but you’re not quite sure. As you get older, you begin to read people more. You become able to trust your instincts more.” 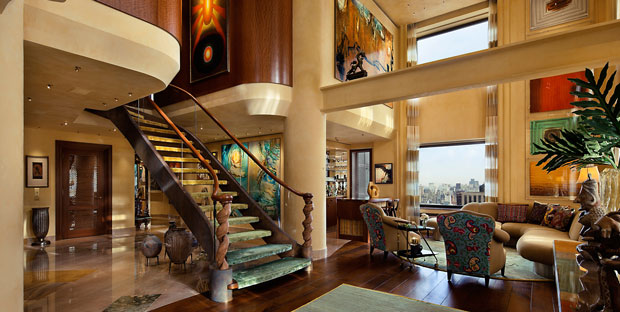 Like so many with dyslexia, Botero has a gift for seeing the big picture.

“A lot of things I can do very easily, like see space. Rooms will talk to me.” Botero can walk into a room and very quickly analyze where the focal point should be, how the sitting orientation ought to be. “I just thought everybody could do that. I really did. I never placed any value on it.”

It took others to help him truly see his gifts. “They helped me understand what is unique that I can contribute. And I think that dyslexia probably is the reason why some of those things come that way to me.” 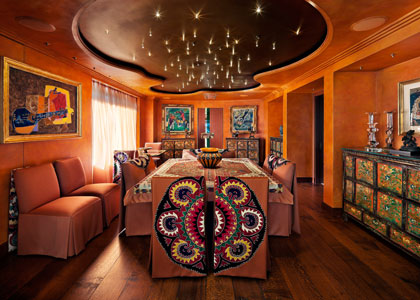 Diagnosed as an Adult

Botero was close to 30 when he came to understand he had dyslexia. “It helped, because first of all, it’s nice to know you’re not alone. You’re not singled out.”

Botero was often singled out in school and reprimanded for not concentrating in class. It was hard for him to concentrate, although when he doodled, he could stay in the moment and listen in class far better. But then the nuns would come and punish him for doodling and accuse him of not paying attention. “It was a no-win situation. It was a nightmare.” 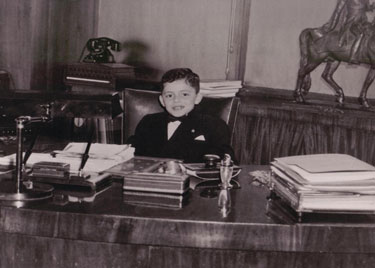 He was also ambidextrous as a child, favoring his left hand. That is until the nuns, thinking left-handedness was the sign of the devil, hit him with a ruler until he broke that habit. Today he hammers with his left hand, eats with his right, and can’t really tell you which is which. He was also thrown out of ROTC because he could never keep his left and right straight. “When we marched and they said ‘right,’ I would go left.” To this day, the only way he can discover his right hand is to go through the process of crossing himself (which, as any Catholic knows, is ingrained to start with your right hand).

Despite incredible difficulties in school, and with writing, a young Samuel had the gumption to think big. Botero remembers when he and his single mother moved to Bogotá from Medellín. “When you are struggling,” he says, “it gives you courage.” That is how he was able, at age seven, to write the president of Colombia asking if he could please be president for just five minutes. “I wanted to use his money-making machine,” he explains. He had written the request in secret and all by himself, which was no small feat for a child with dyslexia. His eventual audience with the president, chronicled in every newspaper in Colombia, included admission to the beautifully furnished palace, strawberries and whipped cream, but sadly no money machine. It did, however, prove to Botero that anything is possible if you just try. 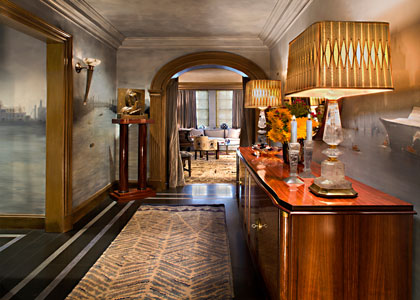 Dyslexia “is something that affects my life every day in some form or another,” says Botero. One example is when Botero enters an elevator and sees the panel with all the buttons for the floors in a typical New York City building. “When I look at things that are very ordered that way, they begin to move and change. And before I know it, I can’t tell anything. I have to turn around in the elevator, close my eyes for a second, and then turn back and hope I find the number real quick.” Or hope that someone comes in to find it for him. “There are days that are crazy, when all of a sudden you are immersed, where every number you dial is wrong. And it’s very hard.”

How Happiness Leaps In

“Dyslexia creates frustration. So if you continue trying and trying, you become more and more frustrated. And eventually you become depressed. But there are ways to divert it.”

Humor is Botero’s first line of defense. “I was given a very good sense of humor. I can laugh at myself. And to me, that’s the most important thing. I know people who have dyslexia who beat themselves up all the time, who are ashamed of it. Instead of saying ‘I have a problem,’ I’ll say, ‘I’m having a dyslexic moment.’ And laugh it off.”

In fact, humor is his single biggest suggestion to those trying to live with their own dyslexia. “Humor breaks the moment a little bit.”

“I was given a very good sense of humor. I can laugh at myself. And to me, that’s the most important thing. I know people who have dyslexia who beat themselves up all the time, who are ashamed of it. Instead of saying ‘I have a problem,’ I’ll say, ‘I’m having a dyslexic moment.’ And laugh it off.”

He also has another quirky yet highly successful way to divert his tension. As a self-proclaimed workaholic, Botero finds it difficult to carve out time for himself. “If I don’t have the time for a vacation, then I’ll go to the fanciest hotel and have breakfast. There’s this wonderful smell of hotel toast that never happens at home. I’ll take my time, make it elongated, order anything I want. Then, when I leave, I feel like I’ve been somewhere more than just for breakfast. You have to learn how to fool your mind to make it feel like something more has happened.”

And his fastest solution? Dance.

“I find that sometimes when I’m having a lot of dyslexic moments one after another, if I just put on music and dance, it gets better.” Botero leans toward classical, Latin, and Jazz. “I love to dance, and I will just dance by myself, it doesn’t matter.”

He readily admits that having a mentor who can help pass along these kinds of ideas is a key to finding your own way to deal with your dyslexia, or whatever is troubling you. For him, “It is the simple things more than complicated things that work.”

Botero is the subject of a two-hour PBS documentary that aired in April 2014 called A Life by Design.

All photos courtesy of Samuel Botero.