Dr. Keith L. Magee with children at orphanage he founded in Cote d’Ivoire in 1999

“I have not outgrown my dyslexia. I live with it every day, and I’m honored by it, because it keeps me humble.” 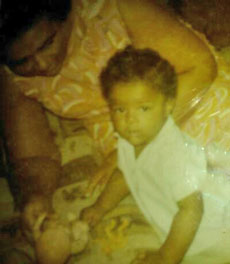 As a young boy in rural Louisiana, Dr. Keith L. Magee learned the importance of giving back to make the world a better place.  “My grandfather,” he said, “told me I had to pay rent every day for being on this earth.  ‘If you don’t make a deposit,’ he told me, ‘no one can make a withdrawal.’”  To ensure that he had plenty of time to make those deposits, Magee’s father woke him up every day at 5:30 a.m.

Magee is now the director of the Social Justice Institute and a Senior Fellow in Culture and Justice at the University College London. Previously, Magee served as the executive director of the National Public Housing Museum and Center for the Study of Housing and Society in Chicago for five years, and on the White House African-American Clergy Network and the Massachusetts Council of Chaplains.  He is also an internationally recognized lecturer and preacher on the African-American migration, the black church in America, and the HIV/AIDS crisis.  And his service does not end at America’s borders.  Magee also cofounded an orphanage in the Ivory Coast Republic for children infected with or affected by AIDS and was commissioned by the humanitarian organization Partners in Health to build an interfaith chapel and chaplaincy program for their hospital in Rwanda. 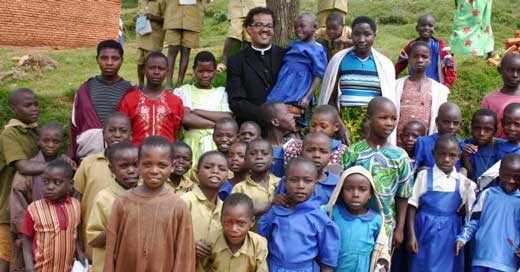 Dr. Magee (center back) with children at orphanage.

Magee’s accomplishments, impressive in their own right, are even more so given the challenges he faced along the way.  When he was eight months old, his parents separated and he never saw his mother again till age 14.  He lived with his father and grandmother in a small bayou community in Franklinton, Louisiana, and spent weekends with his grandfather, who owned a grocery store in a neighboring town.  While Magee never suffered from a lack of love or attention from the two men, he experienced cruelty at the hands of other children.  “I knew lots of kids without a father,” he said, “but none without a mother, so kids would say, “Everyone has a mother but you.  Nobody wanted you.”

Magee also struggled in school. But when he was in second grade, something happened that changed his life.  “My teacher asked all of the class what we wanted to be when we grew up. I said with excitement I wanted to be a hobo,” he said.  “Not understanding my desire to travel and see the world, she made me stay after school and write 100 times on the board, ‘I do not want to be a hobo.'”  Instead, Magee wrote,“I not do hobo.” The teacher scolded him at first for goofing off, but then realized he had a learning problem and concluded that he was dyslexic.

From then on, she worked with him twice a week after school on reading and writing, and his father reinforced her efforts by taking Magee to the local library on a regular basis.  The time and attention devoted to improving his reading and writing skills paid off in spades, although reading out loud was still difficult.  To avoid being ridiculed by his classmates, Magee worked on his reading every night, so that he was prepared when called upon to read aloud the next day.  While special education classes were available, they were not an option for him.  “I couldn’t be a special needs child because I was my father’s and grandfather’s child,” said Magee.  But by working hard at his studies and excelling in other areas, such as music and fine arts, he found his place and “learned to turn pain into power,” he said.  Graduating from high school at age 16, he went on to Ohio University, where he kept up with coursework by recording lectures and taking notes by jotting down key words instead of full sentences.  He later studied at such prestigious institutions as Georgetown, the University of Pennsylvania, the University of London School of Oriental and African Studies, Grace International Bible College in Ohio, and Harvard Divinity School, earning a doctorate in theology.

With all of his academic and career successes, does Magee consider himself “over” his dyslexia?  “I have not outgrown my dyslexia,” he says; “I live with it every day, and I’m honored by it, because it keeps me humble.” Because writing still presents a challenge, he prepares lectures and sermons by making detailed outlines and organizing them by the individual points he wishes to make.

When people ask Magee the source of his motivation, he credits his father.  “He was an incredible man,” says Magee, “and he wanted me to be better than he was.” His father was a lumberjack and owner of trucks that hauled timber to a paper mill.  He worked hard, but he took time to instill in his son a strong moral compass and a belief in the power of education.  Shortly before his death in 2006, Magee’s father commended him for “doing more in your life than some people could do in three lifetimes, whatever their race, economic status, or pedigree.  But you have so much more to do,” he said, “so stay focused.”

And Magee is doing just that.  Adding to his directorship of the National Public Housing Museum and the many facets of his spiritual ministry, including his leadership role at Berachah Church, in Boston, Massachusetts, he works with various international entities to interrupt the cycle of global poverty by educating young people about poverty, inequality, public policy, and how to build sustainable urban communities.  “If we don’t do something about the poor,” he says, “we’ll never truly have a middle class.”

Magee also shares his experiences as a dyslexic with parents of dyslexic children.  “Believe in your child that, no matter what, they have the capacity to be whatever they want to become,” he tells them.  “Do not allow their disability to disable them, but allow it to strengthen them.  Everyone has a winner inside of him or her; it just needs to be cultivated.”

His optimism resonates with the non-dyslexic community, as well.  “Where you begin doesn’t determine where you’ll end,” he says.  “Be the best you can be and don’t let your imperfections stop you.” But Magee also stresses the need for humility, a key ingredient in his own life.  “I withdraw from being highlighted,” he says.  “There is no need for you to be brought forward from within the crowd.  Many good people died who will never be remembered.”

At 34, David Flink is a man whose learning style and school experiences have determined his life’s mission.  Flink is the co-founder of Eye to Eye, an innovative, effective program that matches up elementary and middle-school students with dyslexia and other learning disabilities (LD) with college-aged mentors who have the same.